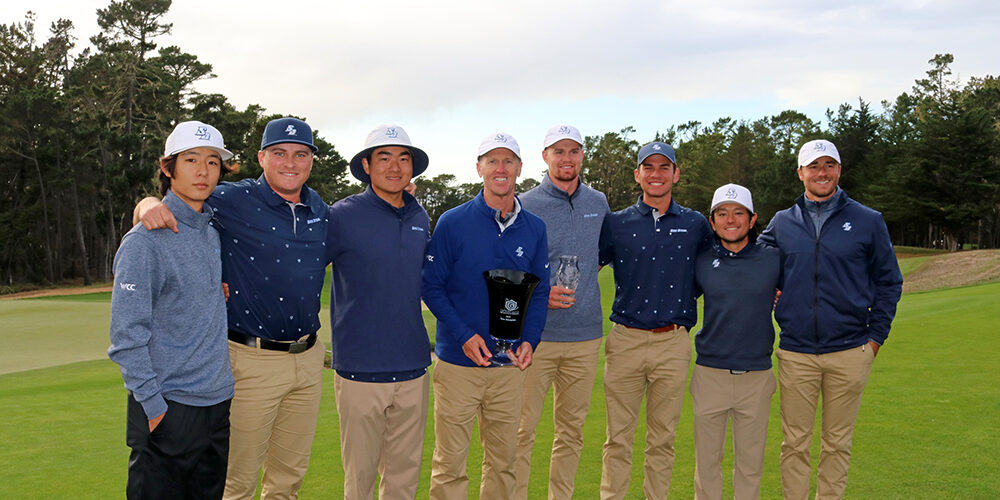 Matthew Manganello, a junior at Fresno State, earned medalist honors in the individual competition finishing 7-under par 206 over three rounds. David Rauch, from University of San Diego, finished runner-up at 6-under par. In total, eight players finished at even par or better for the event.

Click here to check out full results from the event.

The 2023 tournament marks the 11th time the event has been played at Poppy Hills. The tournament has featured 12 different team champions in its history with San Diego State, USC, and 2022 winner Oregon all taking the title twice. Colorado St. won the 2019 tournament with a 25-under par combined score.

The USC Trojans set the tournament’s 54-hole all-time low score in 2017 when they shot 28-under par. The previous record was held by Oregon at 11-under. Justin Suh shot 13-under that year to break the individual record which was tied in 2019 by BYU’s Peter Kuest. Kuest set the 18-hole low record in 2018 as well when he shot 61 in the opening round. His round currently stands as the course record at Poppy Hills.

Want to see how your game stacks up at Poppy Hills? BOOK A TEE TIME