The 2022 Course Refinements Project is now complete. All on course greens reopened on Wednesday, January 26. While some ongoing preventive maintenance practices will be implemented to promote turf health, the course has returned to the normal layout for everyday play. Check out the summary of some of the changes made below! 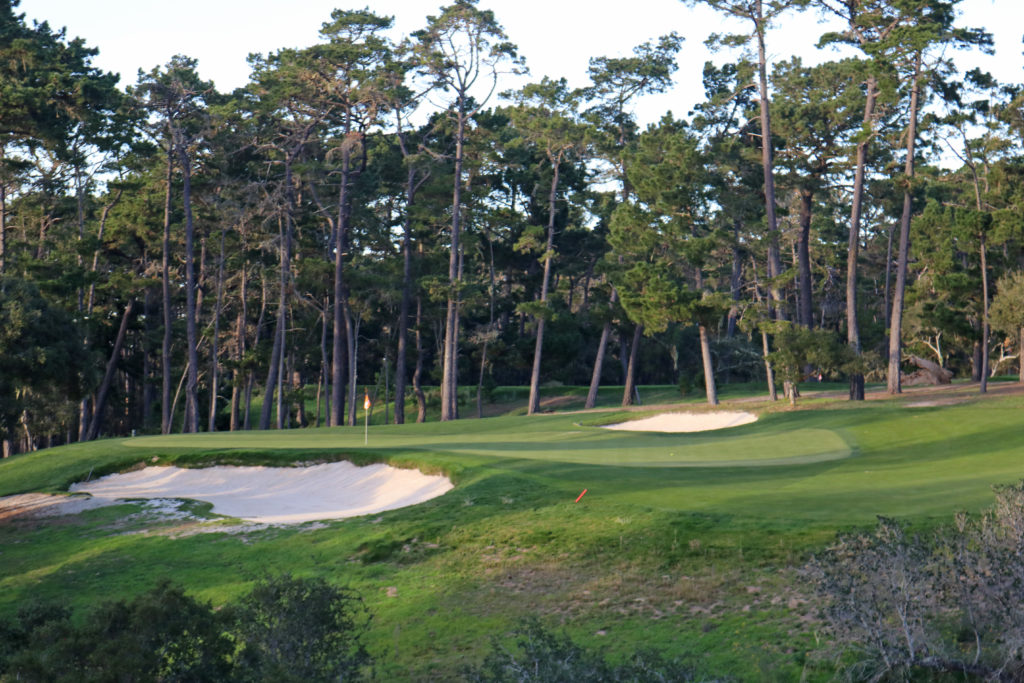 Although the design characteristics remain the same, the contours on #2 green were softened to allow for greater playability and increase the number of usable pin locations. Most notably, the large undulation in the middle of the green was reduced. This provides players with a better opportunity for scoring when playing from different quadrants of the green. 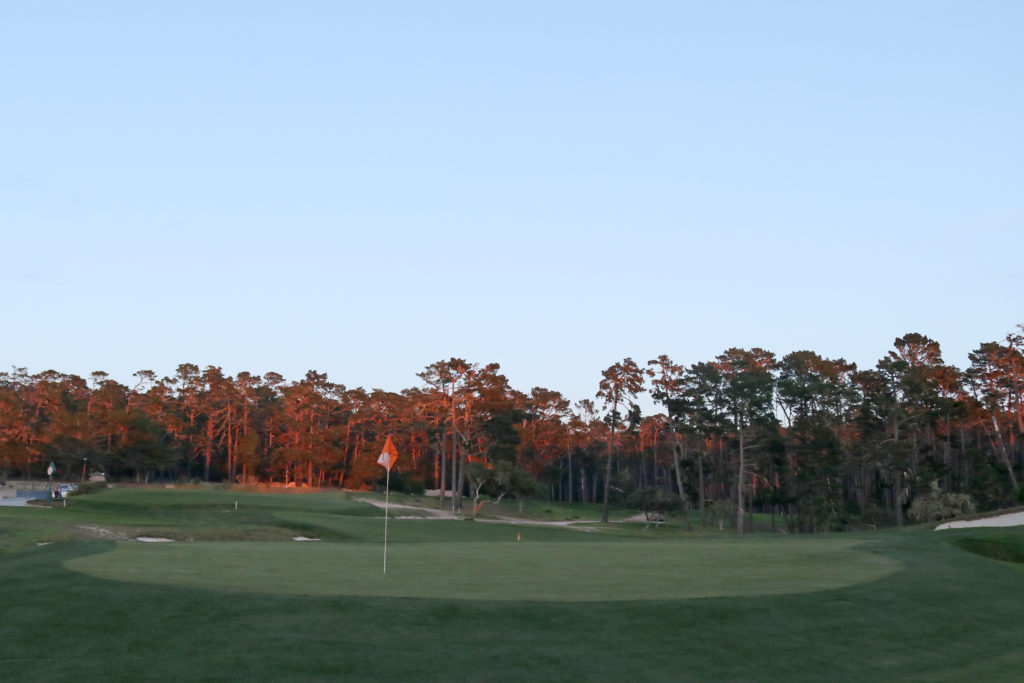 Similar to #2, the green at #7 was reshaped to increase the available hole location areas and increase playability. The most noticeable feature change being a reduction of the slope on the right middle portion of the green to allow the everyday player better access to back right pin locations, while still providing interest and challenge for the elite player.

Five new tee areas were added to the course. The purpose of these new tees is to provide additional course setup opportunities for elite players, particularly for the multiple NCGA Championships hosted at Poppy Hills each year. 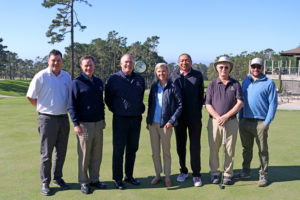 The greens remodeling project is now completed and in the grow-in stage. After an efficient six weeks of work, the crew finalized the reshaping of contours on all impacted greens shortly before the New Year. All turf that was originally removed from the greens was resodded, and our head superintendent Lupe Orozco, assistant superintendent Eric Green and their agronomy crew are closely monitoring the root structures to reestablish healthy greens conditions.

Weather depending, we still anticipate all impacted greens will reopen on Wednesday, January 26. We are excited to be nearing the completion of the project so that NCGA members and their guests can experience the updated greens during their next round. 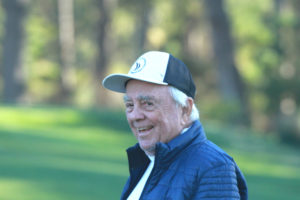 We had had a special visitor earlier this week at Poppy Hills.

Architect Robert Trent Jones, Jr., who originally designed Poppy Hills when it first opened in 1986, was there to review progress on a current refinements project.

The project primarily involves modifying the greens on the par-3 2nd and par-4 7th holes and the installation of a new practice green. Some modest teeing ground enhancements are also being implemented.

Poppy Hills is owned and operated by the Northern California Golf Association, whose headquarters are located at the course.

“We don’t want to make the holes easier, we want to make them better,” said Jones, who also oversaw the acclaimed 2014 Poppy Hills renovation, which at the time included returning every hole to its natural elevation along the forest floor, sand-capping the entire course and the installation of a state-of-the-art irrigation system. “The greens are the heart of the golf course. It’s like performing open heart surgery. You have to do it carefully. You don’t want to kill the patient.”

The green on the par-3 #2 hole has as Jones described it always been a “nemesis” due to its location. The green sits on the other side of a ravine, which players must carry with their tee shot.

“The original idea for No.2 was to have two separate greens. In the 2014 renovation, it went back to being one green, but it still feels like two greens—kind of a bowl on the right and a plateau on the left behind the greenside bunker which requires a very strong shot over the bunker and not turning the ball over. Because if you turn it over, you’re on the third tee,” Jones said.

According to Jones, the new green on #2 will be softened.

As per the green on #7, while it’s a large green (6,000 square feet) the back-flagstick position is currently difficult to access for the average player.

Jones said that green will also see a reduction in contours to ease transition.

“The green on #7 is currently in three sections—front middle, back left and back right. The problem is the area within the green is small,” Jones said. “We want to make it so that if you’re on the green, you can transition from one part to another part without trembling.”

Jones said that on #12 the second bunker on the left side of the fairway may be modified to provide a more generous landing area on that side of the fairway. The new practice green will also feature less contours, resulting in more hole locations and enabling more players to use the green for events including NCGA championships.

Jones overall said the course remains “perfect” in his eyes.

“I’m very happy with the course. I think it’s one of our great works,” he said.

When opened in 1986, Poppy Hills became the first course to be owned and operated by an allied golf association. From 1991 through 2009, the course was one of the three venues used during the annual AT&T Pebble Beach Pro-Am. It also previously was a host venue for the PGA Tour Champions PURE Insurance Championship Impacting The First Tee and in 2018 hosted the U.S. Girls’ Junior Championship.

The Poppy Hills refinement project is expected to be completed by late January 2022. During the project, the course remains open and playable in a modified 18-hole form. However, temporary greens are in use for holes #2 and #7, with hole #3 playing shorter during the bunker improvement work.

The Poppy Hills Course Refinements Project is underway. Our first location for the project is the practice putting green near the clubhouse. Starting November 10, the putting turf was stripped from the green and green re-shaped, with the goal of flattening contours and providing more pinnable areas on the putting surface. With our busy schedule of NCGA championships and events taking place throughout the year, this will help us provide better quality turf by spreading out walking traffic on the green.

Next up, we will be working on the #2 green once the practice green is complete. Weather depending, we envision having on-course greens reopened by late January. Stay tuned to the blog for continued updates as we progress through the project!

Commencing on Wednesday November 10, Poppy Hills Golf Course will be conducting a refinements project to improve several features on property. The primary changes will take place on holes #2, #7 and the practice putting green. Additional cosmetic feature work, including some tee addition and expansion work, is planned in selected areas of the golf course. There will also be some work to the fairway bunkers on Hole #12.

During this project, the golf course will remain open and playable in a modified 18-hole form. However, temporary greens will be in use for holes #2 and #7 beginning on November 19, and hole #12 will be shortened during the bunker improvement work. It is currently envisioned that all golf course putting surfaces will re-open on by late January 2022. Please refer to the Poppy Hills blog and website for continued updates during the project. 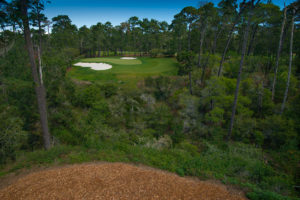 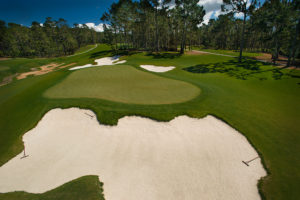