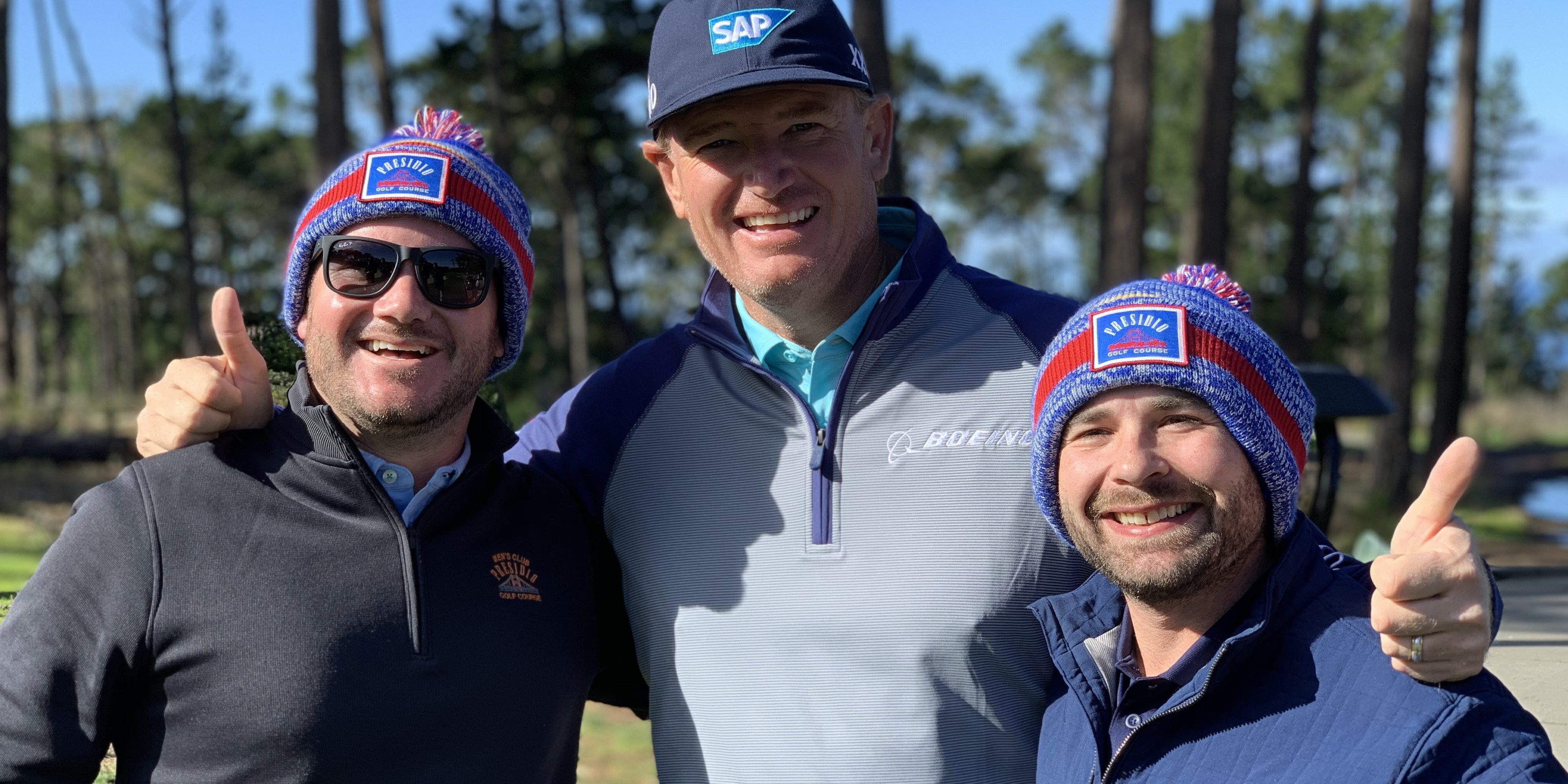 Hailing from South Africa, Ernie Els is the epitome of South African athletes. He may just be one of the best athletes to come out of that region. Ernie knew he was a good athlete from a young age. He grew up playing cricket, rugby and tennis, until eventually sticking with golf. The Big Easy jumped full swing into things, when he won the World Junior Golf Championship at age 14, beating Phil Mickelson into second place. He then went onto a very successful career – playing in 88 majors and winning 4 major victories – with many years left in the tank.

On February 11, 2019 – The Big Easy made his way to Poppy Hills for a fun shotgun style outing with 18 Birdies and friends. Ernie played 3 holes with each group and was one classy fella. He was full of jokes and very outgoing. Complimenting players on their swings, taking pictures, and enjoying the beautiful February day.

Ernie mentioned that he hadn’t been to Poppy Hills in over 20 years. We had a chance to interview him for a few minutes and he had positive things to say about the course. Ernie stated: “It’s a beautiful course with lots of nature, I just want to keep going around and around, and could play another 18 holes if I had the time.”

Ernie is a supporter and early investor in 18birdies, which is a tech-based startup that is helping golfers better understand the game, connect with friends, and your local golf community.